Erika has always had a strong entrepreneurial spirit and has started a few successful business ventures over the years.  Erika was born in Canada but spent her early school years growing up with her family in their native home of Slovenia. Growing up in a communist country she learned that life was challenging and opportunities to excel needed to be self-directed. Erika’s time living in Slovenia developed in her a resolve to succeed through hard work and to pursue her passion of self-employment with an optimism that anything is possible. Beyond her entrepreneurial spirit Erika also had a special place in her heart for giving back.

Erika’s first business endeavour specialized in Handwriting Analysis, and although she was talented in the innate and perfected ability to evaluate personality characteristics in handwriting it wasn’t what she would do over the long run. She decided to explore one of her early interests, which was working in Hair and Esthetics.  She created a business called Adventures with Erika, which was designed to be a service based business that combined esthetics with other identified service needs, such as dressing for your body type, hair styles that flatter, exercise, nutrition and relaxation techniques to provide full body and spirit makeovers in the comfort of one’s home.

In 2002 Erika and her husband realized that the needs of their sponsored Cuban family were becoming more than what they could provide on a personal level. Erika is a huge believer in supporting her community, particularly women. She feels deeply that she is able to influence positive change in women’s lives, contributing where and when she is able.  In order to achieve this, Erika developed the Business in A Bag Program in 2002. Business in a Bag, in partnership with Soroptimist International, delivers a bag of tools and/or supplies that enable women in developing countries to start a micro business. This program has been the catalyst for women to begin businesses in Esthetics, Hair Dressing, Cake Decorating, Wedding Dress Rentals and much more in countries including Cuba, Chile, Dominican Republic, Haiti, Mexico and parts of Africa.

In 2003, Erika focused on the creation and opening of her day spa, A Spa For You. This enabled her to provide spa services, treatments and programs in a tranquil retreat setting. In 2008, Erika and her husband Edward purchased an old historical building on Frederica Street and after renovations were completed in 2009, A Spa For You opened at its current location in the heart of Westfort Village in Thunder Bay, Ontario. Erika’s entrepreneurial success continued and in 2013 she was named “Thunder Bay – Entrepreneur of the Year” at the Influential Women Awards. With her eyes always open to new opportunities Erika saw the possibility to expand on their building’s business potential by expanding with a coffee shop. CommuniTea and Coffee opened in the spring of 2014 and has become known as a great little community gathering place, both day and night.

After doing Business in a Bag for a number of years Erika and her Husband had an incredible opportunity to meet one of the recipients of their program. In January 2016, Ericka and her husband, along with friends, were travelling to Punta Cana, Dominican Republic for a vacation.  Erika put out the call to her fellow travellers asking if there was room in suitcases to bring along a few wedding dresses that had been received as donations to Business In A Bag. In total 9 wedding dresses made the trip with them.

Upon arriving at the resort destination, Erika began inquiring through local vendors and employees of the hotel, looking to see if there was a struggling business minded woman they knew of that the wedding dresses would assist. The language barrier proved a little difficult until, while visiting a local plaza, Edward and Erika met a shopkeeper who spoke English.  He knew a single mother of three sons, currently operating a clothing rental business that could definitely use the dress inventory. Arrangements were made to meet at the hotel lobby the next day.

Though Erika has organized many Business In A Bag deliveries, she has never had the opportunity to meet directly with the woman who was the intended recipient. That next morning, those who carried the dresses in their suitcases along with Erika, had the pleasure of meeting America. America was thrilled to have a small group travel with her to visit her home where her shop was also located. Her need was evident along with her desire to work hard and do the best she could for her family. After touring her shop and meeting America’s sons, Erika gladly handed over the wedding dresses along with a generous cash donation from one of her fellow travellers.

Thank you, Erika, for your willingness to see the needs of the world and for being one woman providing assistance and a hand up to another. Moving forward, Erika aspires to teach and develop esthetics skills, on an international level, to woman who would otherwise be unable to afford the training required so they are able to make a living. 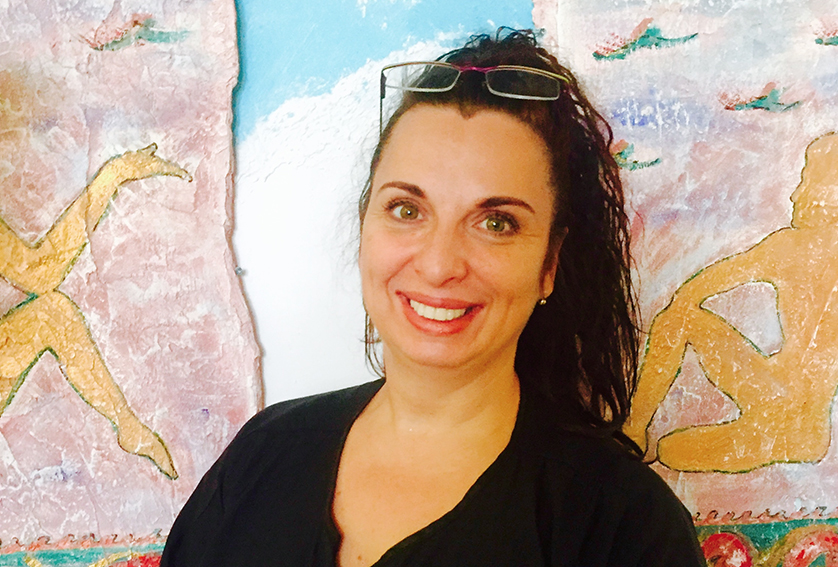 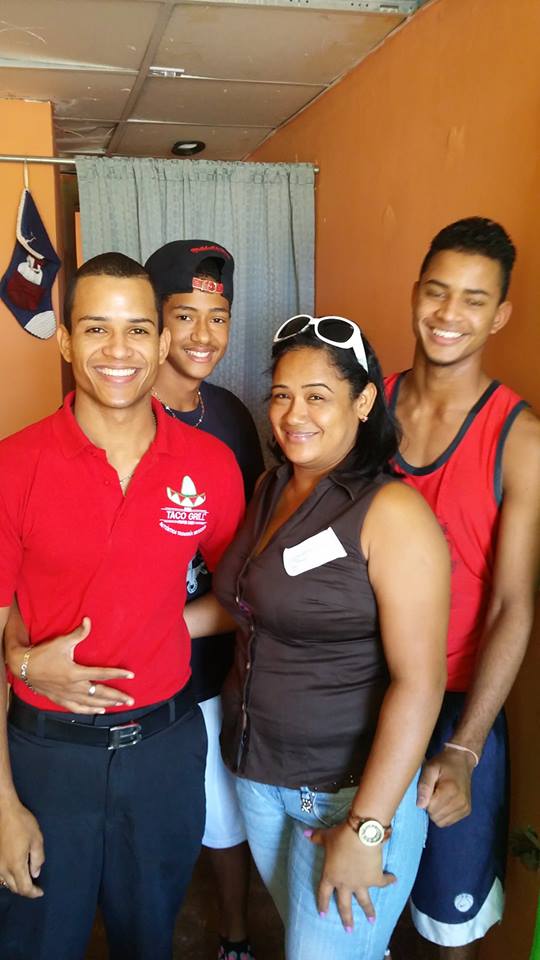 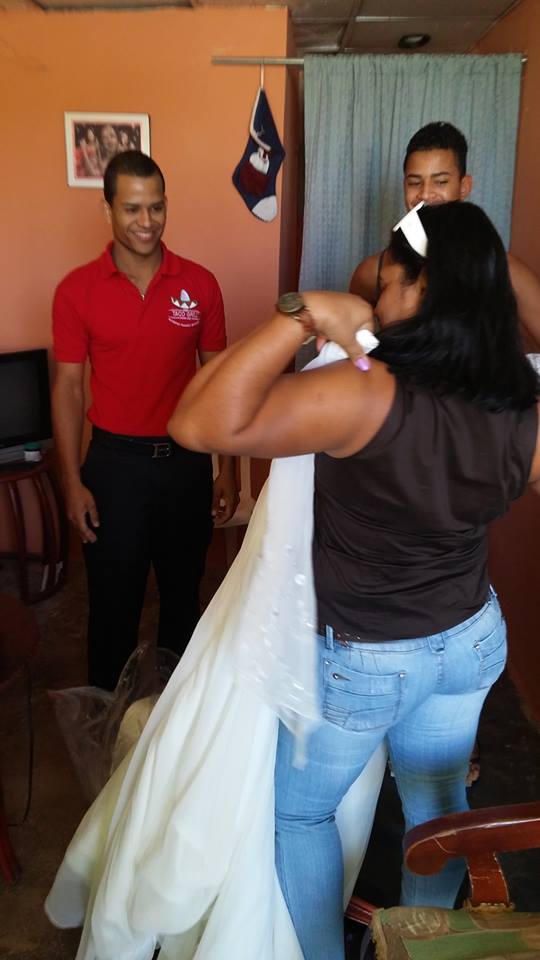 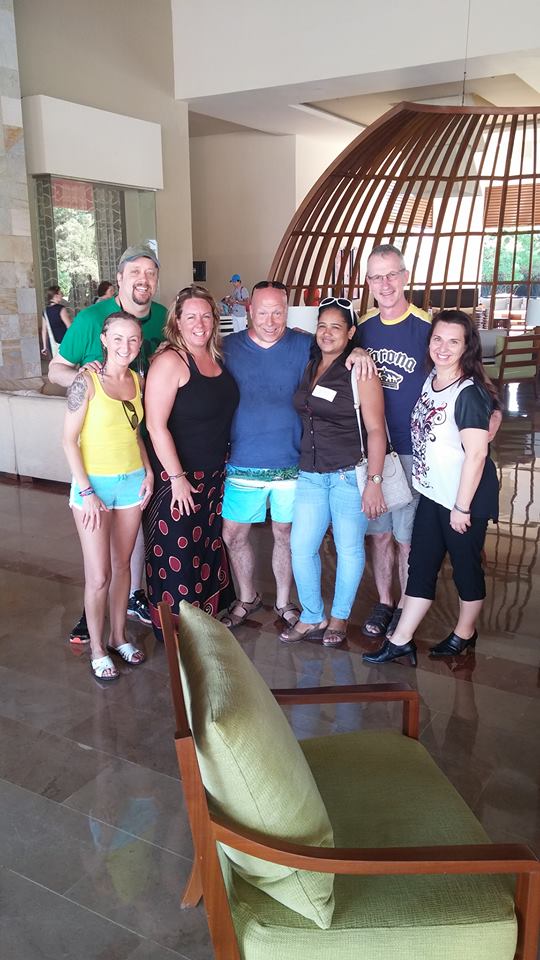