Are you one of a kind? Are you Driven? Ambitious? Caring? Are you ready to own your destiny?

You’re done with financial compromise – Having to say no to what you want, need and desire, and the people your heart is yearning to help because of limited financial resources.

You’re sick of struggling and tired of playing small, dabbling on the fringes of your extraordinary potential…You’re over holding back. Done with not making the Impact you know you were born to make. The world needs you and you know it. There’s genius and talent in you that’s dying to be unleashed! You know there’s more money to be made and lives to be changed.

You know you can play a much bigger game and it’s calling you, but you feel stuck. Just how do you step up into your greatness?

We get it. We’ve been there.

Our mission is to mentor 100 women this year to become millionaires and multi-millionaires! 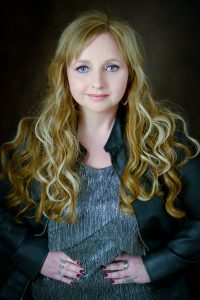 In 2015, Sharla travelled to Ecuador to work with women, and a world-changing ripple effect began through her creation of One Woman and One Girl. These global social enterprises are on a mission to help women and girls around the globe live their dreams and reach their full potential through education, skills development and entrepreneurship.

ARE YOU ONE OF THEM?

Are you ready to….

We are Sharla Brown and Jacquie Somerville; successful, committed and proud female entrepreneurs and we’re searching for the

World’s next 100 Most Powerful Women!

The audacity to Claim your Best Life.

We believe nothing empowers a woman more than financial independence.

As the world cries out for Feminine Leadership, we strive to increase the strength, wealth, influence and power of women around the world.

A financially independent woman has Freedom, Influence, Power, and Confidence

She lifts others up out of poverty and distress

She educates and inspires

She lives her wildest dreams

Powerfully claims and owns her destiny

We’ll teach you how to open your mind and heart to more Wealth and Influence than you have ever imagined. We’ll teach you the confidence, belief and self-trust necessary to claim your place among the most wealthy, powerful and influential women on the planet.

100 Powerful Women can transform the lives of one another and change the world.

The question is… ARE YOU READY TO UNLEASH YOUR POWER?

You know of the hit television shows Dragons Den and Shark Tank, but in the Lioness Den we invest in Female Entrepreneurs!

Ready to launch your brilliant business idea?  Or do you have a business that you are ready to take to the multi-million dollar level?

We are on the search for women around the world who want to make their wildest business dreams come true!

Apply to Pitch Your Business Idea