I have always taken pride in being a person with strong ethics and morals. That doesn’t mean I always followed every rule, but with maturity came a very clear understanding of ethical conduct versus unethical conduct.

I got into the policing profession believing it to be the highest ethical standard I could achieve in life. I knew I could set a good example for other citizens and my children. Four years into my career I became very aware of unethical decisions that were being made within the police service, and even worse, those in positions to oversee the conduct and stop the corruption were all connected through political and social relationships.

In 2016, I blew the whistle and exposed the internal corruption to the oversight board. The board never investigated my claims. I was disciplined and constructively dismissed. I conducted extensive research into police corruption and published a book on the systemic abuses of power and silencing of whistleblowers citing actual cases across Canada.

The conduct of the police service management for disciplining me for speaking up, and the oversight agencies for failing to intervene and allowing the reprisal shows how systemic this problem is. None of the issues I exposed were ever impartially investigated.

I have spoken to provincial politicians about the corruption that exists within our police services, and to date status quo and blissful ignorance have prevailed.

I stand by my decision to stand up for what is right, and I encourage others to do the same no matter what repercussion they face. When we start to ignore our moral compass, or excuse our own unethical conduct we are eroding the ethical fibres of society. We must demand more of ourselves and others. Ethical accountability should be the expectation, not the exception. 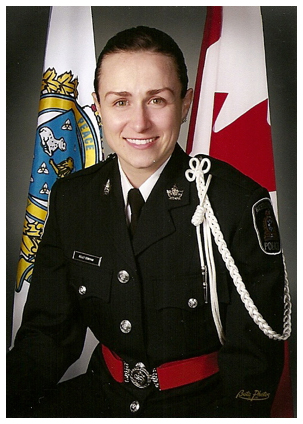