I was happy being a mother to a beautiful 13 year old daughter and a taking on my new role as a mother to my…..let’s just say; nephew. It was exciting for me to attend sport camps, dance recitals and PTA meetings. I loved to hear stories about my kids childhood friends and I adored anything they enjoyed. I wasn’t a mother that baked cookies for special occasions but I did find myself creating parties and events at home unlike any other mother that I knew. I loved to gather the party ideas, creating the invite list, themes, colours and cake selections while studying the best decor options for parties. I absolutely loved finding a way to celebrate my kids and teach them the importance of being social.

Well fast forward to two years later in 2015; my daughter is now fifteen. My family would often eat dinner at home; at the dinner table with phones in their hands. I wasn’t a social media person at the time so I had no idea what they were doing on their phones. I would always ask them and they proceeded with a weak whisper…Facebook or Vine was the common answers at the time. Sometimes I would take my daughters phone and try to understand what was captivating her attention. I began to question where my son was and why I didn’t hear him playing, running or jumping on a bed but would find him sitting in front of a computer at five years old. I was so confused and began to wonder what happened to my family. Why are we not talking to one another? Why does my daughter appear sad? Why does my son talk about his friends bullying him?

I will never forget my daughter losing her phone to a typical teenager punishment… you would have thought World War III was happening. I never saw so much emotion come from her and so much pain at the same time. I begin questioning myself as a mother, not understanding the power of addiction that technology could have. I began to question why I gave her access to the world at the tender age of 10. I had no idea what the Internet would become to the old world believers like myself.

The Internet became a bigger issue for my family and I had to make a change… so my family could change. In December of 2015, I birthed the mission and became an author to help people understand the value of “Bringing Social Home Again”. BSHA is what I like to call it. It’s the idea of bringing basic social skills into our homes so people can have genuine safe connections with people they trust and love. My mission was birthed from a need of helping my own family but I soon realized this problem didn’t effect only me. Many parents today struggle with simple interaction and communication skills with their children. The BSHA movement creates an expectation to the forty and older to continue to be a resource and example to teach the next generation the value of opening our doors to our families and simply sharing. Although BSHA teaches the significance of making others feel valuable in our spaces, the root of the movement is focused on genuine communication, listening to others and finding a way to make them smile and feel special. 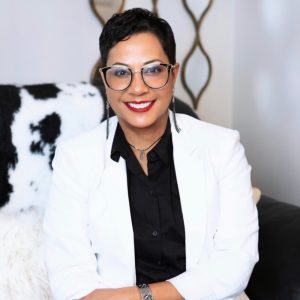